The Community Sector and Social Partnership 1987-2008: Analysis and Prospects

The seminar consisted of a presentation from Joe Larraghy or Maynooth University, followed by questions and debate. The slides from the presentation are available here.

It is now six years since the global financial crisis, which brought social partnership in Ireland to a shuddering halt. Now, in the run-up to an election year in 2016, and a backdrop of improvements in economic growth, unemployment and other indicators, there have been some signs that the government is interested in re-opening some form of "social dialogue".

In this presentation, based on his book, Asymmetric Engagement, Larragy analyses of the experience of social partnership from the perspective of the participation of community sector organisations during the 1987 to 2008 period, examining questions such as: Was it a failure? Were there any tangible gains? Were the Community and Voluntary Pillar organisations incorporated? He explores the theoretical significance of what has been recognised as quite a novel experiment in participatory democracy. Finally, he explores the prospects for the future of community sector engagement with government on social policy development. 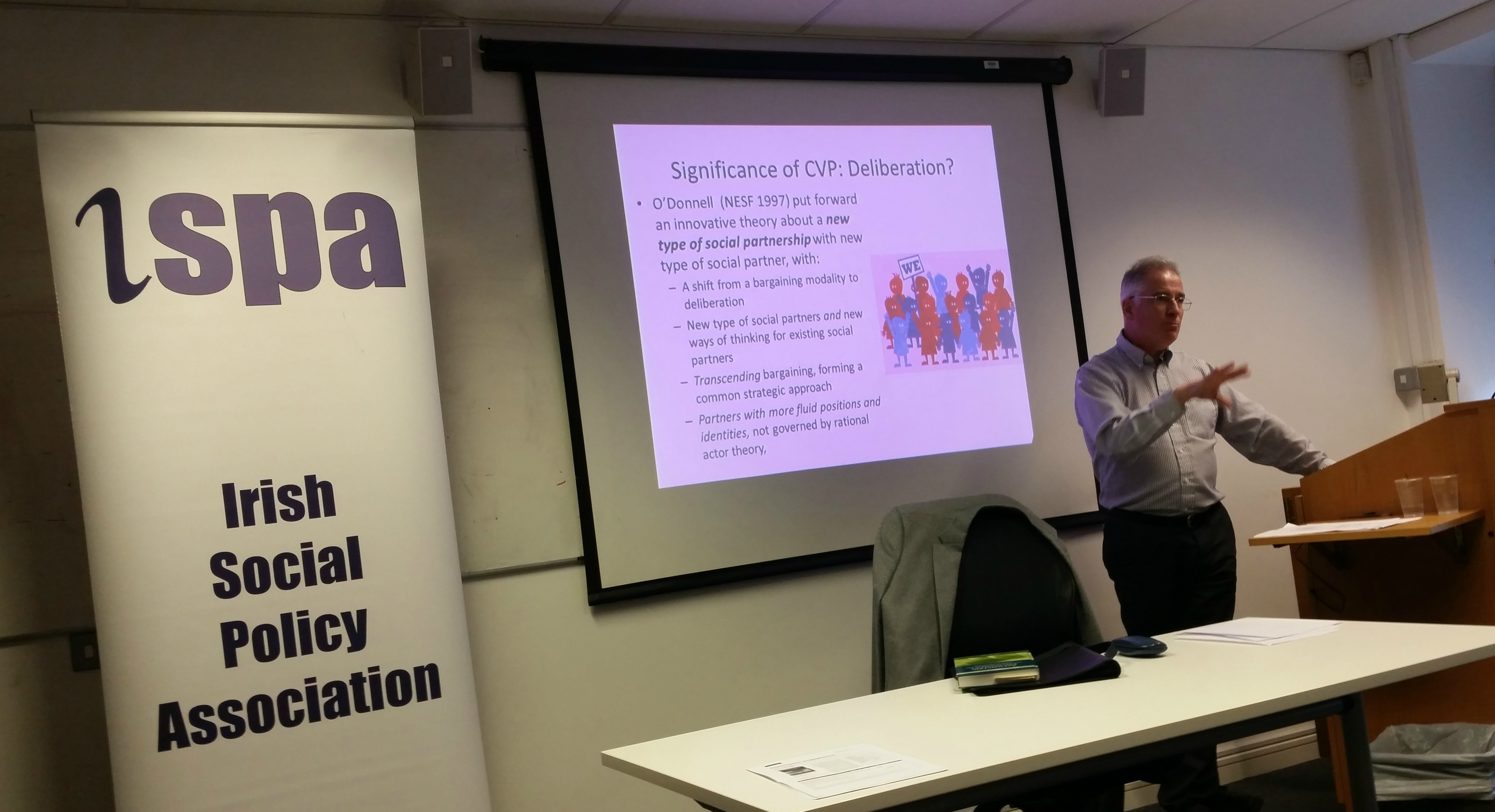 Joe Larragy is Lecturer in Social Policy in the Department of Applied Social Studies, Maynooth University, since 2001. He graduated from Trinity College Dublin, with a BA Mod (Sociology) before taking an MA in Social Theory at UCC. For his PhD in Social Policy at UCD he studied the Community and Voluntary Pillar in Social Partnership in Ireland 1987-2007. He has worked previously in the Department of Industrial Relations in UCD, the National Council on Ageing and Older People (1988-94), and was social policy analyst in the National Economic and Social Council and Newman Scholar in the Non-Profit Sector at UCD from 1999 until 2001. (This email address is being protected from spambots. You need JavaScript enabled to view it.)

Posted in Past Events